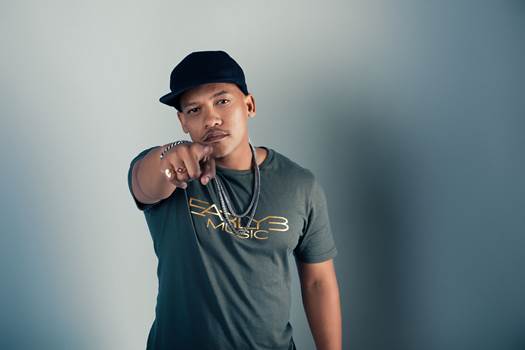 Early B,  one of Afrikaans’s most premier hip-hop producers and rappersdirects a different sonic perspective as his music is interestingly entertaining. Earl Swartz , aka Early B, cleverly incorporates social topics into his music as is seen in his singles “Ben 10” and “Potte”.

Early B’s film and television experiences is evident in the “Potte” music video concept. Ever the perfectionist, Earl was incredibly hands-on with this production paying close attention to detail and extracting only the best from his cast

Potte is the second music video to drop from B’s debut 2018 album, Aangename Kennis. The track features heavy hitters Jack Parow and Justin Vega., all of whom had fun exploring different areas of Cape Town in comical scenarios The contributors don’t take themselves all too seriously and the on-screen chemistry is clearly embraced by audiences, seeing the video reach 2 million views in a matter of months.

Look out for more singles from this Afrikaans rapper soon!

In 2012, Port Elizabeth gave rise to one of its best solo rap artists yet. Early B, the 28-year-old took two 2019 ‘Ghoema Awards’ for Best Song Of The Year for ‘Ben 10’  and  Best Streamed Album Of The Year for‘Aangename Kennis’. EarlyBhas claimed his spot in the music industry as a solo artist with music that catapulted him onto national levels and created a demand for himself both nationally and internationally, B became the sort after name at music festivals across the country and a household name to hip-hop fans.

He has worked with prominent producers, including Grammy award winning producer, Darryl Torr and his dynamic, predominantly Afrikaans rap style has eased his way to working with different artists like Emo Adams, Hemel Besem, Pierre Rossouw and Afrikaans Pop Band Adam. His music entertains, socially educates and is played on national radio stations regularly with his song Cerebellum peaking at number 1 on Goodhope FM hip-hop charts for several weeks.

With self-filmed, self-produced and self-advertisedmusic videos reaching more than 400 000 views on YouTube and downloads reaching over 400 000 within 3 weeks, it’s clear that Early B is here to stay. The rapper from Bloemendal, Port Elizabeth is on the rise and there is no stopping him. He has dominated the KKNK Rymklets stage for 4 consecutive years and is in high demand among corporates for different entertainment-run programs.

True to the arts, Early B is also an actor and has graduated with his Film and Television Production diploma. He has starred in locally produced series Hotel Songololo, has performed at the Grahamstown Arts festival in stage productions and starred in locally produced films. He has created his own footprint in which many other aspiring artists follow and is still breaking barriers with his music.

Early B has systematically infiltrated the performing art scene and is not done yet. He dominates each platform he sets his foot on and his unique style is hard to duplicate. From mixtape, to independently produced music, he makes hit after hit.

Early B has systematically infiltrated the performing art scene and is not done yet. He dominates each platform he sets his foot on and his unique style is hard to duplicate. From mixtape, to independently produced music, he makes hit after hit.

Early B Music has become the movement of note.

Connect with Early B