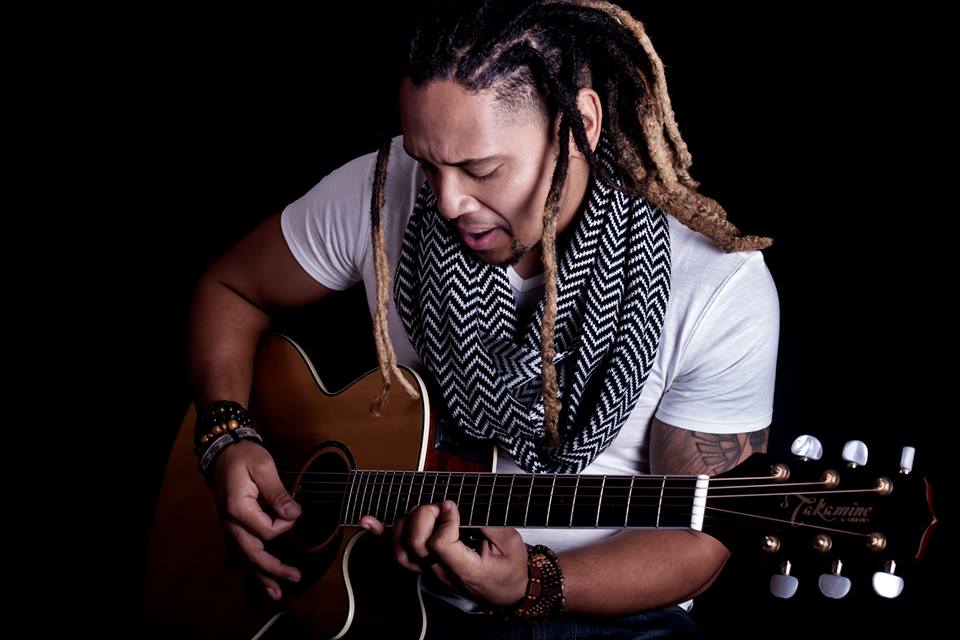 Kentsmoke teams up with Yves

Award-winning guitarist, singer and songwriter, Kent Smoke is no stranger to the music industry having performed in several groups over the years, being one of the most sought-after guitarists in the country and now, as a solo performer in his own right.

He’s teamed up with Yves on this soulful original called “Follow”.  C02 Productions conceptualised this eye-catching and captivating music video. The full album will be available later in the the year.

Kenton Lee Windvogel (born January 9th 1984) is a South African award winning singer/songwriter, guitarist and producer. He was born in Kwa-Zulu Natal and raised on the coastlines of Durban. He attended Natal Technikon where he studied music for a year then relocated to Johannesburg where he worked bands such as Dawnay, Lira (current guitarist), Sasha-Lee Davids, Lloyd Cele, Denim, among others. Having been in the music industry for over a decade, he has released two albums with RnB groups Soulstone (‘Music Love Truth’) and Urban Reign (‘When It Rains It Pours’) and was signed to Essential Music, Sting Music and Electromode. Soulstone was known for the no. 1 hit “Now That Your Love Has Gone” and Urban Reign was nominated for Best Urban Pop at the SAMA’s (South African Music Awards). Urban Reign also won ‘Most Gifted RnB Video at the Channel O Music Video Awards in 2010 for the song “Addicted.”
Kent’s sound is eclectic with hints of RnB, Jazz, Old School and South African House. With influences such as Ernie Smith, Jonathan Butler, John Mayer, Lira, Chris Brown to Temptations, Bruno Mars, he has a unique sound that expresses positive messages. He is currently working on he’s debut album to be released this year. Smoke’s career pursuits include being the guitarist in the Lira band called ‘The Love Band.” He has been working with Lira since 2011 and worked on 2 award winning DVD releases “The Captured Tour” and “First Decade.” Lira has had many accomplishments being a multi platinum-selling artist who has toured most parts of the world including the USA where she also was invited to perform at the Ambassadors Inaugural Ball for the inauguration of President Barrack Obama in 2012.
Kenton also has a passion for Motown and, backed by “The Versatile Project”, he has a massive performance repertoire of Motown party bangers with this 7 piece act.
Besides entertaining, Kent is also very passionate about the working principals, strategies and tools of the personal development world. His goal is to share the knowledge and skills he has acquired over his lifetime to influence others on getting into their desired industry. “My dream is to make a difference within the entertainment industry here in South Africa”.